Support / FAQs / About techtown
Home > Tools of the trade > FieldSense Technology and Prongless Electrical Voltage Testers: The Next Generation

FieldSense Technology and Prongless Electrical Voltage Testers: The Next Generation With the look of a gadget from Star Trek, it’s hard to believe that something like the Fluke T6-1000 electrical tester could actually be quite handy. Despite its odd appearance compared to traditional testers, the T6-1000 is perfect for situations where you may not feel safe measuring voltage. How? We’ll get into that in just a moment.

First off, however, let’s discuss the device. The Fluke T6-1000 with FieldSense is an electrical tester that measures and reads ac voltage, current and frequency all by simply placing the wire in between the open fork. The T6 creates a reference electrical signal, which is carried to earth ground through capacitive coupling. When you place the fork over a live conductor, the AC voltage interacts with the reference signal, and the tester then calculate the AC voltage. So, no test leads are necessarily required to measure, but it does include them should you need them.

Additional features from the Fluke site include:

What makes it a safe option over most testers, though? Well, without the need for test leads, you don’t have to worry about finding a safe contact point or touching a live conductor, especially if you’re working with a jumble of wires. However, in certain situations where you do need to make a ground connection, that’s where FieldSense can help. FieldSense detects an electrical field—so long as the wire touches the bottom of the fork—to measure AC voltage without touching a live conductor. You can utilize FieldSense without establishing a ground with a test lead, so long as you maintain continuous contact with the FieldSense ground contact.

READ
These are the best flashlights for technicians in 2020

In instances where you need to establish additional ground contact, and you’re well-insulated (wearing gloves/insulated boots, standing on an insulated ladder), you can use the included test leads by grounding with the black lead and sliding the fork over the wire you’re measuring.

Community member @fixbear had this to say about the T6-1000 and Fluke meters in general: “…with the leads and conventional testing it has excellent accuracy and true RMS…I am a big fan of Fluke meters.  I own 4 out of about the 16 I have bought over the years.”

So, on paper it sounds like quite the handy tool, right? Especially during times when you need to make a quick reading. Well, there are a few caveats that we noticed while testing the Fluke T6-1000 ourselves.

For starters, the included leads can get stuck in their slots, especially the red lead. If extended to test in the traditional manner, the red lead can be difficult to slide back into place for storage. The other issue we noticed is that, while it’s handy to just slide a wire between the fork, you do need the room to do so. This can make testing tricky if the wires are in a cramped space, or they’re all jumbled together. Finally—though more so an annoyance rather than an issue—is that if the test leads aren’t stored in their slots, or aren’t in use, they just dangle and you have to content with them being there.

With all that being said, we would love to know how this tester performs, and to do that it needs to be, well, tested! If you’re a service technician who would like to put the Fluke T6-1000 through its paces, sign up for our technician review program. One applicant will receive the T6-1000 with FieldSense for feedback on how it works out on the job. If you’re curious about the review program, check out the full rules here.

READ
Sign up for the techtown reviewer program and get free tools! 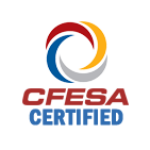